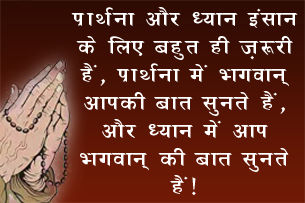 People, especially in the northern Indian states of Punjab, Haryana and parts of Himachal Pradesh, are busy making preparations for Lohri - the long-awaited bonfire festival - when they can come out of their homes and celebrate the harvesting of the Rabi (winter) crops and give in to relaxing and enjoying the traditional folk songs and dances.

In Punjab, the breadbasket of India, wheat is the main winter crop, which is sown in October and harvested in March or April. In January, the fields come up with the promise of a golden harvest, and farmers celebrate Lohri during this rest period before the cutting and gathering of crops.

According to the Hindu calendar, Lohri falls in mid-January. The earth, farthest from the sun at this point of time, starts its journey towards the sun, thus ending the coldest month of the year, Paush, and announcing the start of the month of Magh and the auspicious period of Uttarayan. According to the Bhagawad Gita, Lord Krishna manifests himself in his full magnificence during this time. The Hindus 'nullify' their sins by bathing in the Ganges.

In the morning on Lohri day, children go from door to door singing and demanding the Lohri 'loot' in the form of money and eatables like til (sesame) seeds, peanuts, jaggery, or sweets like gajak, rewri, etc. They sing in praise of Dulha Bhatti, a Punjabi avatar of Robin Hood who robbed the rich to help the poor, and once helped a miserable village girl out of her misery by getting her married off like his own sister.